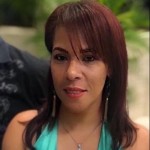 The Barça Academy Cup Las Américas is returning to the Dominican Republic for the first time in three years due to the pandemic.

In the first edition since December 2019, there will be 420 players competing from the Barça Academies and Barça Academy Camps throughout the Americas and also from the Barça Escola in Barcelona at a tournament running from December 15 to 18, at the usual venue on the polo grounds of Los Establos equestrian centre.

The fifth edition of the event features 45 teams in the U8, U10, U12, U14 and U16 categories, representing eight different countries.

The executives proclaimed that the Dominican Republic will make history with this event that has a new beginning after the pandemic and seeks to strengthen competitions between the schools and America, because competition is part of the values of Fútbol Club Barcelona.

The opening ceremony in scheduled for the morning of Thursday 15 December, and the finals will be played on Sunday 18.

As usual, all games will be played in the morning, with the afternoons reserved for leisure and sports activities to foster brotherhood between the different schools on the beach or on the sports facilities at the hotel.